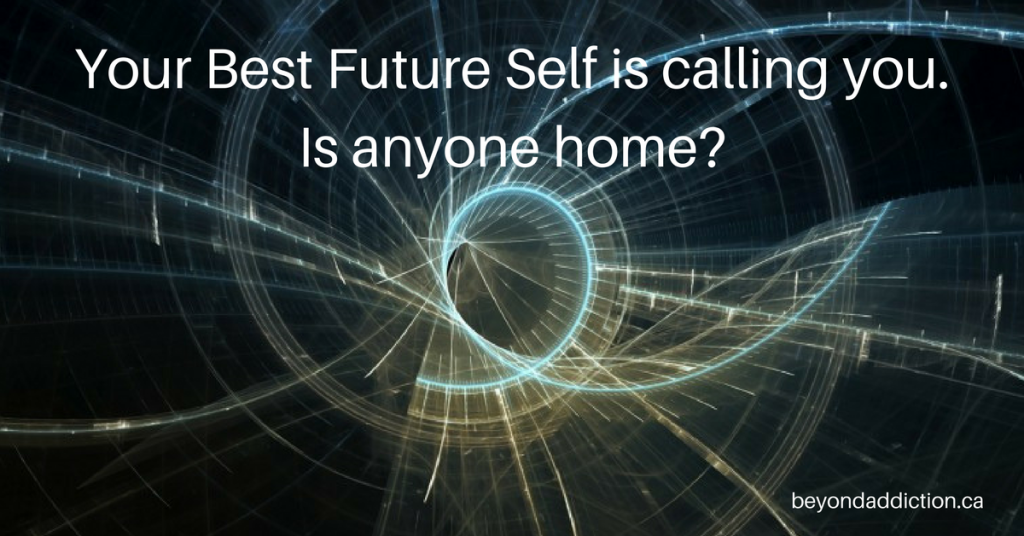 In a recent article on Quantum Theory that I read, the author stated that the future can influence the present and that theory has been amply demonstrated.1

At first I asked the question, “What does this have to do with me?” but as I kept on reading, I felt I knew what he was saying.

When the book The Secret, hit the mass market some twenty years ago, even though it was a re-statement of previous manifestation theories and practices, it contained a phrase that provides a clue to how retro-causality can work.  The phrase was that once a person has formed and stated his/her desire, “the universe will rearrange itself” to manifest that desire.

Replace the word “desire” with “vision” and, in effect, I have created a future reality.

That vision, then, doubles back into my present – and everyone else’s – and influences everyone so that the vision itself can manifest. I am a by-product – and I am also the creator – of that manifestation.  Even though the vision is ‘fixed’ in my mind, it may not turn out to be as I desired it to be. The vision will be influenced by universal forces and intentions interacting with mine.

It is as if the article “spoke” to me, saying, “You already practice this reality!”  In other words, the Quantum Theory claims – and quite rightly – that I am being influenced by my own Best Future Self! So… What is that Best Future Self?

Sat Dharam Kaur writes… “We each have a unique and important place in the fabric of the universe. The potential of who we are and can be is always calling us, inviting us to fully manifest our essence and destiny.”2

When we were teenagers, chances are that we felt a certain ‘greatness’ within ourselves. Developmental psychological research points to a window between 14 and 21 years of age when the human brain opens to this hope or reaching far beyond ourselves.

That feeling, however, either remains as a motivating, inspiring and even a driving force to achieve something ‘great’ in our lives, or it fades away. This feeling of greatness can manifest as an Ego-driven ‘need’, let’s say, to get into the Guinness Book of World Records; or to make love to the greatest number of people possible. But ‘greatness’ can also guide someone into medicine or science, literature or the arts where a single person can bring healing or joy, teaching or awe to a great number of people!

With a little support, mentorship and guidance, connecting with our Best Future Self benefits one’s self, benefits those reached by it, and ultimately benefits humanity and the planet we live on.

Creating our Best Future Self can be such a win-win-win vision that ends up uplifting everyone it influences!

2 responses to “Can “My Best Future Self” Influence the Present?”