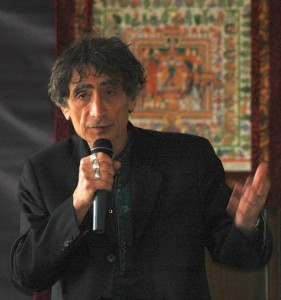 When it comes to addiction, I’m going to introduce the word ‘attachment’ to you. Attachment is an interesting word, because it has two meanings. If you want to talk in terms of negatives and positives, it has the negative meaning of clinging, or craving, or grasping onto ideas, behaviours, substances, relationships, or situations that are negative for us. In fact, that’s the definition of addiction; any behaviour that gives you temporary pleasure, relief, that you crave, that you cling to despite negative consequences, is an addiction.

In other words, addictions are a form of what the Buddhists call attachment. We’re just too attached, or we’re attached period. Whenever it talks about clinging or attachment, it’s to everything; our form, our bodies, our flesh, our ideas, our perceptions, and our relationships. It’s that clinging that creates suffering. The first ‘noble truth’, that life is suffering, has to do with the fact that life is suffering because we cling, and we crave, and we’re attached.

Since life is, by definition, impermanent – in fact, non-permanence is a truth, therefore the loss of the things that we’re attached to create suffering for us. As soon as you cling, you’re going to suffer; as soon as you crave and get attached to anything, you’re going to suffer. The first ‘noble truth’ is the fact of suffering itself; second is that the source of suffering is the clinging and the craving, which is to say, in a broad sense, addiction.

‘Addiction’, the word, comes from a Latin word for somebody who’s a slave. Addiction by definition means ‘slavery’, which is to say you’re not in charge. You’re a slave; you’re not in charge, the craving is in charge, the clinging is in charge. So when you do the first step in the twelve step program, you admit that you’re powerless; you admit that you’re a slave to something bigger than yourself.

Connection. We’re talking about a relationship. We’re talking about a very dynamic without which life is impossible; attachment in the sense of love, attachment in the sense of the biological drive for closeness and proximity to another human being for the purpose of being taken care of, or for the purpose of taking care of the other. So attachment is the dynamic that pulls two bodies together, just like gravity, and its essential survival purpose is the taking care of, or being taken care of. You can actually see, at the beginning of life and at the end of life, that without attachment there is no life.

We judge ourselves for our negative attachments, but I’m suggesting we approach it differently. I’m suggesting that we approach our negative attachments, which is to say our addictions, not as something as we should judge as bad or as something that we should be ashamed of, but recognizing that they are our attempts to compensate for the attachments that we didn’t get. As soon as you understand that, you have compassion for the creature that didn’t get the attachment that she needed, or he needed, and therefore developed this craving, which is the other kind of attachment.

The addiction, if you will, or the negative attachment, the harmful attachment, can become a guide to the attachment that you didn’t get in the first place. Nothing to be ashamed of; as a matter of fact, a natural consequence.

The above passage from Dr. Maté was recorded at a Beyond Addiction workshop in Vancouver in 2015.

Click here for upcoming Beyond Addiction: The Yogic Path to Recovery workshops.

2 responses to “Dr. Gabor Maté on Attachment and Addiction”